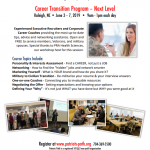 Will you be in High Point this summer and want to watch some professional baseball? The High Point Rockers are part of the Atlantic League of Professional Baseball (ALPB) and are in their inaugural season in a brand new stadium in downtown Highpoint.

They have a Row of Honor for every home game. This programs provides free tickets for a servicembember and a guest for each home game. The servicemember is asked to wear their uniform. You can see the full home schedule at the below website.

If you are interested please contact the Association at info@ncnga.org or give us a call at 984-664-0308 at least three days before your desire date.

You are aware of the NCNGA Educational Foundation’s fundraising efforts through the years. You’ve enjoyed our Reverse Drawings, Golf tournaments, Raffle tickets, and of course the Little Red Wagon!!

Your contributions are what makes the Educational Foundation successful. The Board of Directors would like to thank all of you for your support over the years. We recently celebrated our 50th year of operations, and since we started we have paid out almost $1.5 million in scholarships to members of the NC National Guard and their families. You can help us continue for the next 50 years with just one dollar a month!

Each year it becomes more difficult to conduct large-scale events to provide the funds necessary to operate. While our Board members participate on a 100% volunteer basis, we still have certain minimal costs to operate our office and process our annual scholarship applications and to award payments. We are asking for your assistance in sustaining our Educational Foundation.

As active or retired members of the NC National Guard Air and Army, we are asking you to consider donating just $1 each month to the NCNGA Educational Foundation. There are several ways you can donate – the easiest is to simply make a monthly commitment via our WEB site at edfoundationofncnga.org. You can also mail a check for $12 to our offices at 7410 Chapel Hill Rd/ Raleigh, NC 27607. Visit our website at www.edfoundationofncnga.org for more information.

Again, Thank you for supporting the NCNGA Educational Foundation, a non-profit 501(c) 3 organization.

“Tactics win battles, logistics wins wars,” an ancient and anonymous military axiom proved by Operation Hickory Sting across hundreds of square miles of the High Mojave Desert where almost 4,200 Soldiers of the North Carolina National Guard’s 30th Armored Brigade Combat Team with nearly 350 armored vehicles and more than 1,500 other wheeled vehicles maneuvered and fought in 24-hour operations against OPFOR, or Opposing Force, Army peers who mimic weapons and tactics of the most current real-world threats at the National Training Center, Fort Irwin, California, in the heat of early July. Multi-million dollar, jet turbine powered tanks burn through thousands of gallons of fuel, the best weapons money can buy need spare parts, Soldiers pushed to their limits need food and water, all continue mission because of the Soldiers of the 630th Combat Sustainment Support Battalion (CSSB), 113th Sustainment Brigade.

“We bring the warfighter the required supplies so they can continue the fight,” Army Lt. Col. Tom Petzold, commander of the 630th CSSB said.

Looking for a new MOS? How about blasting rockets, artillery and missiles out of the sky? MilitaryTimes

The Army’s new pilot Stinger missile course and the formation of a new short-range air defense unit last year are the first steps in an ambitious goal — 10 SHORAD battalions and Strykers brimming with hellfire and Stinger missiles to counter what’s being seen in Ukraine and elsewhere.

That means job openings for interested soldiers and new recruits.

A recent Army release noted that while the service has 519 positions on the rosters for the air missile defense crewmember MOS, they plan to quadruple that in the next five years as they build out those battalions and field the necessary equipment, said Sgt. 1st Class Arianna Cook, senior advisor for the 14P MOS at the ADA School.

“National Training Center is extremely important, we are ready, we are going overseas and need to be prepared for anything that comes along,” said NCNG Maj. Michael Pilotte, an operations officer assigned to the 252nd Armored Regiment, 30th ABCT.

“Old Hickory” consists seven battalions of Soldiers and material from the NCNG (which has four of the seven battalions) and three other National Guard states; West Virginia, South Carolina and Ohio. All flew in via charter and commercial flights from airports nationwide. From maintenance and railyard depots across the country hundreds of rail cars ship the nearly 350 armored vehicles and more than 1,500 other wheeled vehicles needed for the deployment to NTC throughout May and in the last weeks of June with firepower equal to some small countries.

The ABCT, combines the offensive punch of armor, infantry and field artillery with the skills and precision of engineers, military intelligence and logistics experts making the unit able to mobilize and deploy for offensive, defensive or stability operations anywhere in the world.

This month’s featured course is Medical Billing Career Prep. Employment of medical billing specialists is one of the fastest growing professions in the allied health field, projected to grow by 13 percent by 2026. In this program, you will gain hands-on, practical experience working with the main coding manuals in the field.

1846 – Sonoma, California – The “Grizzly Bear” flag proclaiming the “California Republic” is lowered to be replaced by the United States flag as the former Mexican colony comes under American control. The ‘bear’ flag was adopted by the California Battalion organized in Sacramento in mid June by Major John C. Fremont, a Regular Army officer and famed western explorer. As soon as he received word that the U.S. and Mexico were at war, he quickly enrolled local Anglo settlers, mostly recent immigrants from Missouri and Iowa, into a militia force. Numbering about 500 men, Fremont moved the battalion south toward Los Angeles. He soon took the city without a fight. In fact, except for one small engagement of Mexican cavalry against a force of Army Regulars lead by General Stephen Kearny, coming into California from New Mexico, the rest of the colony willingly accepted American control.