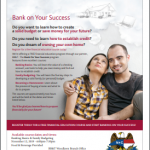 Do you want to learn how to create a solid budget or save money for your future? Do you need to learn how to establish credit? Do you dream of owning your own home? Register for a free course hosted by your Association in partnership with BB&T. Registration is for head count only and will only be received by the North Carolina National Guard Association. None of you contact information will be shared. See flyer for additional details. 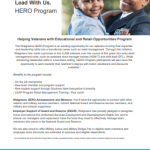 This is an exciting opportunity for our veterans to bring their expertise and leadership skills into a transitional career such as retail management. Then direct to attached flyer

It’s October, and we know what the means, The State Fair, Pumpkin Spice, and Boo Bash at the JFHQs see attached flyer.

Have Your Children Aged Out? NCNGA

Have your children turned 21 recently? If so they may have aged out of your Association Insurance Coverage. Please contact our Insurance Administrator at 919-851-3390 XT 1 or email at Rhonda@ncnga.org

Do you have a proposed article for the next Tarheel Guardsman Magazine that you have written or do you have a topic you would like us to include? Let us know at info.ncnga.org. 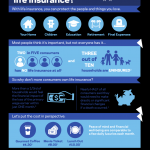 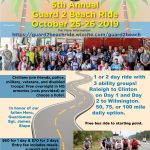 It was almost midnight when Army Capt. Travis Johnson was driving home from Fort Bragg last February, and came upon an overturned sedan smoldering on an embankment.

Johnson, a physician assistant assigned to the 1st Squadron, 17th Cavalry Regiment, 82nd Airborne Division, at the time, immediately stopped his car and rushed towards the vehicle, yelling out in case anyone was still inside the ticking time bomb.

There was: an injured man was trapped in the driver’s seat, and none of the vehicle’s doors would open.

Luckily, Johnson had supplies in his car, including a glass breaking tool and trauma shears. Currently assigned to the 60th Medical Detachment of the North Carolina National Guard, Johnson said in an Army press release that items he keeps the items with him at all times “for any contingency … the Army trained me that way.”

That training paid off. On Wednesday, Johnson was awarded the Soldier’s Medal — the Army’s highest award for heroism outside of combat — during a ceremony at Fort Bragg’s Hall of Heroes for his actions that February night.

It’s been a little more than 100 days since Daniel Dücker arrived as the new director of the Fayetteville Veterans Affairs Medical Center, and Dücker has spent the past few months meeting staff to set goals.

No stranger to North Carolina, Dücker began his 33 years in the Army as a young lieutenant for the Army National Guard in Goldsboro, which routinely trained at Fort Bragg.

“So it’s kind of coming back for me,” Dücker said.

While stationed overseas in Europe as a Department of Defense civilian a little more than 10 years ago, Dücker met a former Veterans Affairs employee who told Dücker about a position he previously held with the Tampa VA and suggested he apply for the open spot.

After retiring from the Reserves in 2017, Düker took a job as assistant director for the VA in Togus, Maine, where he was before arriving in Fayetteville.

Once seeing Fayetteville had an open director position, Dücker said it was his top choice to apply for the job.

“I feel like being at Fayetteville is a really good match for me, and I say this, it’s kind of the size of Togus in Maine, but it’s the pace of Tampa,” Dücker said. “It’s really a busy place. There’s a lot going on for veterans.”

Dücker said he chose to be in Fayetteville and has brought his wife and teenage daughters to settle in the area.

“We’re just glad to be in North Carolina and serving veterans,” he said.

Dücker is overseeing delivery of health care to the Fayetteville NC VA Coastal Healthcare System that serves 19 counties in southeastern North Carolina to provide services to nearly 75,000 veterans with an operating budget of $332.8 million.

In an interview with The Fayetteville Observer this month, he discussed projects, partnerships and goals within the system.

1989
At 5:04 pm Pacific Daylight Time (PDT), a 7.1 magnitude earthquake centered south of the San Francisco Bay near Loma Prieta Mountain, California, produces widespread damage to Bay Area property and infrastructure. By 6:00 pm, every National Guard unit in California is placed on alert for possible state active duty. The California National Guard activates just over 1,000 California Guardsmen to state active duty, all of whom responded to disaster relief operations by the following day. This was one of the largest domestic response incidents in the United States up until that time.

Within an hour of the earthquake, the California Air National Guard’s 129th Aerospace and Recovery Group (129 ARG), based at the Moffett Field Naval Air Station near San Jose, had its first HC-130 Hercules transport conducting a damage assessment over the San Francisco Bay area. Three other units of the California Air Guard lent assistance later, including the 146th Tactical Airlift Wing, Point Mugu, which transported medical specialists and equipment; the 162nd Combat Communications Group based in Sacramento sent communications assistance; and, the 163rd Tactical Fighter Wing of Fresno sent personnel and heavy equipment to help with clean up. The 106th Aerospace and Recovery Group, Westhampton Beach, N.Y., provided pilots and a loadmaster to help their California-based counterparts with flying missions.

The California National Guard also formed two task forces in expectation of receiving missions from the California Office of Emergency Services. The Guard assisted greatly in the areas of aviation support to law enforcement and damage assessment operations.

The event was seen live by millions of viewers across the United States, as the temblor started just prior to the start of Game 3 of the World Series baseball championship between the Oakland Athletics and the San Francisco Giants. Property and infrastructure suffered tremendously. Another image widely broadcast to the nation was the collapse of multi-decked Interstate 880 in Oakland, which killed 42 people.

In all, 62 people were killed as a result of the quake, over 2,500 injured, and thousands more were left without homes. The California National Guard’s domestic response capabilities worked quickly and effectively to mitigate the widespread suffering of the region, and to bring about a sense of normality to Californians.