While the North Carolina National Guard Association regrets to make this decision, it is the right decision in light of the current circumstances. The 2020 Convention and Combined Ball, scheduled for the 27-28th of March, is cancelled. While the Association’s hope is that the current situation will not last until the fall, we are unable to reschedule our convention due to a number of events beyond our control. Our plan is to refund your registration fees as quickly as possible in the same fashion that you registered. If you registered online, our plan is to credit your account. If you mailed us a check, we will refund you money by check to the address that we have on file.

If you would like to take this opportunity to support the charitable activities of the Association, such as supporting the NCNG Family Programs Christmas Tree gift purchase program, supporting unit events, and other activities, you may donate your registration to the Association’s Tarheel Minuteman Foundation. To donate, all you need to do is send an email to Larry@ncnga.org, signifying your intent to donate.

To receive a full refund, no action is needed. All refunds will be electronically sent or mailed out by 1st of April. If you need a refund prior the 1st of April, please email Larry@ncnga.org for priority refund.

While we are not conducting the Annual Convention and Combined Ball this year, all Association members will receive a modified Tarheel Guardsman that will include all of the annual reports, financial information and other information that is normally distributed during the convention. At this time the staff and the Executive Council is finalizing Executive Council Voting options.

Thank you for your patience and understanding during this time.

Coronavirus cases continued to mount across North Carolina on Friday, as state residents did what they could to make life feel as normal and sustainable as possible.

North Carolina counties had reported at least 179 cases by Friday evening, according to The News & Observer’s tracking of cases from county health department announcements.

The state also reported Friday that 3,233 tests have been completed.

Read more and watch the video…

The NC National Guard and a few WRAL News viewers have alerted us to a hoax making the rounds online.

“If you see this going around, rest assured that it is FALSE,” the NC National Guard posted to Twitter on Friday.

What appears to be a screenshot of the hoax post falsely states that Homeland Security is preparing to mobilize the National Guard, preparing them to dispatch across the country. The post also alleges that “they” are preparing to announce a two-week nationwide quarantine, with “troops in place to prevent looters and rioters,” and residents should stock up a two-week supply of food.

“There is NO national quarantine,” reads the Tweet in part.

If you see something online and want to know if it’s true, look for attribution: always check to see if your information is verifiable, and coming from a reputable source.

New Benefit! The Association has a Notary Public on staff for your convenience.NCNGA

The Association has a Notary Public on staff for your convenience. This service is free to all Association members, Soldiers, Airmen and Families. To schedule an appointment, contact Rhonda Mooring at 919-851-3390 ext 1 or Rhonda@ncnga.org 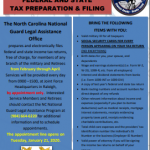 The North Carolina National Guard Legal Assistance Office prepares and electronically files federal and state income tax returns, free of charge, for members of any branch of the military and Retirees from February through April. Services will be provided every day from 0900–1500, at Joint Force Headquarters in Raleigh, by appointment only. Interested Service Members and Retirees should contact the NC National Guard Legal Assistance Program at (984) 664-6220 for additional information and to schedule appointments.

Statement from the President

1952
South Korea – Guardsmen in various units, from the 40th (CA, NV) and 45th (OK) infantry divisions to the 41 non-divisional artillery, engineer, maintenance and other mobilized Army Guard units serving in-country start to receive the word that they will soon be going home. When the first increments were mobilized for the war in August and September 1950, the existing authority allowed them to be on active duty for only 21 months. Though later increased to 24 months, this increase did not apply to the first men called up. While the units remained in place and were filled with draftees, the Guardsmen began returning home. One serious ramification of this policy was when they got back, those wishing to stay in the Guard had no unit to rejoin, as they were still in Korea. The Guard and Army came up with a novel approach, never used before of creating ‘holding’ units with the same designations as those still deployed. For instance, while the 45th Infantry Division was still fighting in Korea a ‘new’ 45th was organized in Oklahoma for the veterans to join. Known as “National Guard of the United States” (NGUS) units these new organizations had some drawbacks. They could only fill to half of normal authorized strength. No promotions were permitted, all men had to continue to serve in whatever rank they currently held. And the units could not be deployed overseas. But they did allow Guardsmen to remain active and they gave governors necessary manpower in times of emergency. After the war ended the Army started returning National Guard “colors” home and they were combined and reorganized with the existing NGUS units. The NGUS concept died out, never to be used again. 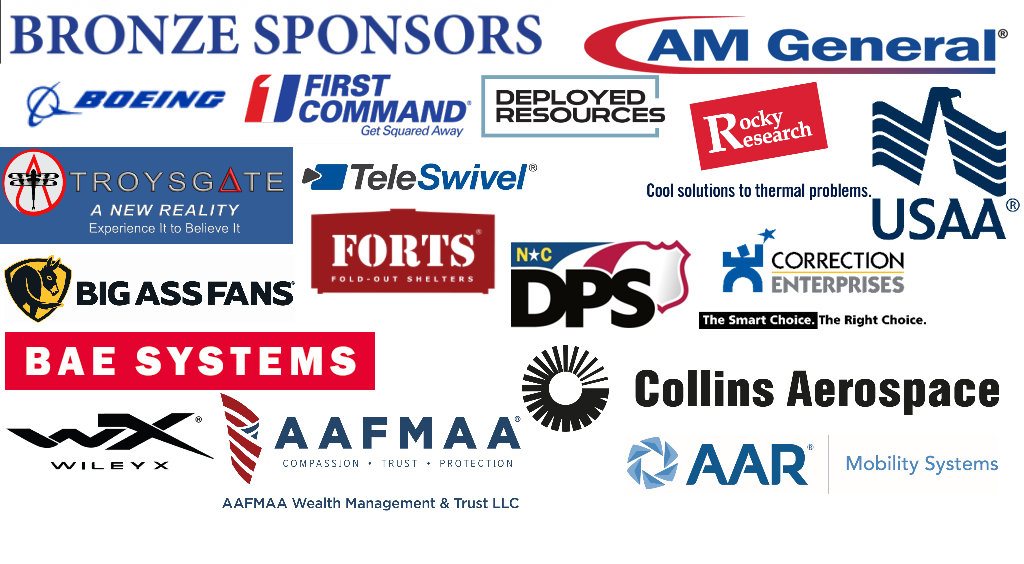