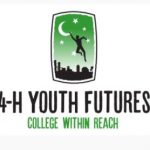 NGAUS has added a fourth member of the Joint Chiefs to the speaker lineup for the 142nd General Conference. Registration is still open. 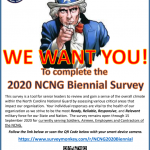 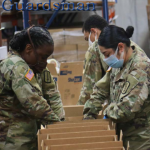 “We are proud of you, the state of North Carolina is proud of you, and the sacrifices you and your families have made, you gentlemen have proven what Army Aviation can do, you did not think about yourselves, you thought about the warriors on the ground,” said Maj. Gen. Todd Hunt, Adjutant General of North Carolina.

In 2018, while deployed in Afghanistan, the 1-130th ARB was spread out in several locations.

The 1-130th ARB deployed as Task Force Panther had, 680 Soldiers and 54 aircraft both from Army Active Duty and National Guard units, were tasked with general support and direct support missions for Operations Freedom’s Sentinel and Resolute Support.

For Scott and Carver, their mission was to provide security and attack operations in support of Operational Detachment Alpha (ODA) 7225, 7th Special Forces Group (A).

In late November 2018 during a night mission, immediately as Special Forces ODA 7225 stepped off their aircraft in a remote village of the Uruzgan Province of Afghanistan, they received fire from enemy forces. The two pilots in close support of ODA 7225 quickly used their situational awareness to identify who was shooting, and engaged after permission was given.

For many kids in the United States, the summer break is quickly ending. Beginning a new school year in a new grade leaves some kids left excited or nervous about meeting their teachers, making new friends, and strengthening their academic skills.

However, this year may lead students to express their feelings about school in an uncommon way in amidst of the current pandemic our nation is facing – Coronavirus (COVID-19).

Thanks to the NCNG’s Child and Youth Program vigilance, Soldiers and Airmen’s families will not have to add pressure for the preparation of their child’s educational year.

“This whole COVID thing put a damper on the event. The event in the past was huge,” said David Nobles, NCNG Family Programs Outreach Coordinator. Within this week, he picked up between 60 to 75 boxes of school supplies twice from several local Dollar Tree, Inc.

Last year, over 200 students met at Elks Lodge in Raleigh, N.C. where they had a barbecue, swam in the pool, played trivial games, and did other entertaining activities.

“This year we were supposed to start with the theme called, ‘Soar into a New School Year’ where we are going to have paper airplane building and paper airplane races,” said Mrs. Kristi Wagner, NCNG Child and Youth Program Coordinator.

North Carolina National Guard soldiers of the 30th Armored Brigade Combat Team reunite with friends, family and fellow soldiers Aug. 6, 2020, at the National Guard’s Readiness Center in Fayetteville. The soldiers are home after a year-long deployment to the Middle East in support of Operation Inherent Resolve and Operation Spartan Shield.

1833
North Bend, Ohio – Future 23rd President of the United States, Benjamin Harrison, is born on this day. He was the grandson of former 9th President (and Guard general) William H. Harrison, who died one month into his term in 1841. A lawyer by training and active in Indiana politics Benjamin was appointed in 1862 as the colonel of the 70th Indiana Volunteer Infantry, a regiment he helped to organize. Over the next three years he led the 70th in numerous engagements including taking part in General William T. Sherman’s “March to the Sea” through Georgia in 1864. He ended the Civil War as a brigadier general of volunteers. After resigning his commission he again became active in politics and was elected first to the Senate and then in 1888 as President. He served one term and died in 1901.