The latest edition of the Tarheel Guardsman is now available AFA

The latest edition of the Tarheel Guardsman with a Q&A from MG Hunt and a gubernatorial candidate forum is now available on-line.

The Air Force Association Presents
Airmen in the Fight 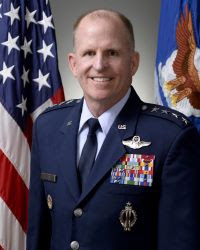 WASHINGTON — The U.S. Army has discontinued its Rapid Equipping Force stood up during the wars in Iraq and Afghanistan to get urgently needed capabilities into the field in 180 days or less.

As the Army shifts from a focus on counterinsurgency operations to going up against near-peer adversaries like Russia and China across air, land, sea, cyberspace and space domains in large-scale operations, the REF’s utility and mission has been in question.

The service is also disbanding its Asymmetric Warfare Group.

“As our focus changes to great power competition and large-scale combat operations, Army analysis indicated that the personnel and resources could best be utilized in building the operational fighting force,” an Oct. 2 Army statement read. “To ensure the value of organization’s work over the past 14 years is not lost, all lessons learned will be maintained by the U.S. Army Combined Arms Center, via the Center for Army Lessons Learned, Centers of Excellence and other [Training and Doctrine Command] enterprise stakeholders.”

The discontinuation won’t happen overnight. Both organizations will be fully deactivated by the end of fiscal 2021 “and will transition the mission of providing immediate support to other organizations,” the statement noted.

Worth Preserving: US Military Posture in Germany
Defense One

NATO represents one of America’s greatest grand strategic assets, and the U.S.-German bilateral relationship serves as a key pillar for the alliance and for stability and security on the European continent. Yet President Donald Trump’s approach to Germany and the U.S. military posture there has inflicted unnecessary damage to the bilateral relationship and the unity of NATO. To support U.S. national security objectives, the United States should retain a robust military presence in Germany while seeking to address political divisions between Washington and Berlin, which only help Moscow.

The 2018 U.S. National Defense Strategy declared that “[l]ong-term strategic competitions with China and Russia are the principal priorities” for the Pentagon, requiring increased investments due to “the magnitude of the threats” both countries pose to the United States. In that effort, the United States has no more important asset than the NATO alliance. The NDS accordingly describes efforts to fortify the alliance as one of the Pentagon’s top priorities. “A strong and free Europe, bound by shared principles of democracy, national sovereignty, and commitment to Article 5 of the North Atlantic Treaty is vital to our security,” the NDS says. Article 5, of course, declares that “an armed attack against one” NATO member “shall be considered an attack against them all.” By convincing Moscow that the alliance has sufficient unity, political will, and military capability to protect every member, NATO has deterred the Kremlin from conducting a military attack on any NATO country for more than seven decades.

While much has changed in recent years, the threat from Russia has only grown, and NATO remains as relevant as ever. Philip Breedlove, who previously served as the top U.S. and NATO commander in Europe, said in August that “NATO is more important now than it’s ever been since the fall of the [Berlin] wall” in 1989. 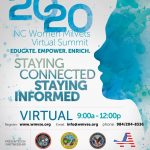 Click here to register, view the agenda, and see this year’s speakers.

1871
Chicago, Illinois – The “Great Chicago Fire” starts in Mrs. O’Leary’s barn and Before it is brought under control, the “Great Chicago Fire” kills more than 300 people and obliterates an estimated $100 million in property. Early during this disaster a militia battalion, known as the “Norwegian Guards,” offered its services to the police. By the second day of the fire the battalion was being aided by other volunteer militia units under the command of the adjutant general of Illinois. Among these was the “Zouave Liberty Guards,” an all-black company from Springfield. Most of these Guardsmen, now reorganized into the provisional “First Regiment Chicago Volunteers” stayed on state duty for about 15 days, patrolling burned out sections of town looking for looters and guarding railroad depots where relief supplies were arriving.