Brown or Raymond? Milley Hints One Will Replace Him as ‘Next Chairman’ of Joint Chiefs AFMag

The next Chairman of the Joint Chiefs of Staff could well be an Airman or Guardian, hinted Gen. Mark A. Milley, the current CJCS, while speaking at the graduation ceremony for the U.S. Air Force Academy on May 26.

“I want to thank the next Chairman of the Joint Chiefs of Staff—it’s going to be either Brown or Raymond. Take your pick, Space or Air Force,” Milley said in a half-joking tone after thanking Acting Air Force Secretary John P. Roth for his attendance.

Milley then playfully polled the crowd of graduates and family members in attendance, asking them to cheer if they wanted Brown, then Raymond. He proceeded to acknowledge others in attendance, including senior enlisted adviser to the Chairman of the Joint Chiefs Ramon “CZ” Colon-Lopez.

Milley began a four-year term as Chairman in October 2019 as the 10th member of the U.S. Army to hold the position. In contrast, Gen. Richard Myers was the last Airman to serve as CJCS, holding the job from 2001 to 2005. Since the founding of the Air Force as a separate branch in 1947, only four Airmen have ever ascended to the role.

The 30th ABCT was the first National Guard brigade to receive the newest iteration of the Paladin and trained for almost two weeks before the live-fire event.

During the training, 1-113th Soldiers had the opportunities to learn the differences between the old hydraulic system and the new electric system before heading to the range.

“The new weapons system allows us to do it a little bit faster,” Fields said. “Everything went from hydraulic to electric. It allows us to mitigate some of the maintenance issues we had in the past.”

Col. Wes Morrison, the 30th ABCT Commander, saw the opportunity to be the first Guard unit to receive the Paladins as an honor.

“The 1-113th, with their history and the leadership they show in the field artillery community, they’re certainly deserving,” said Morrison. 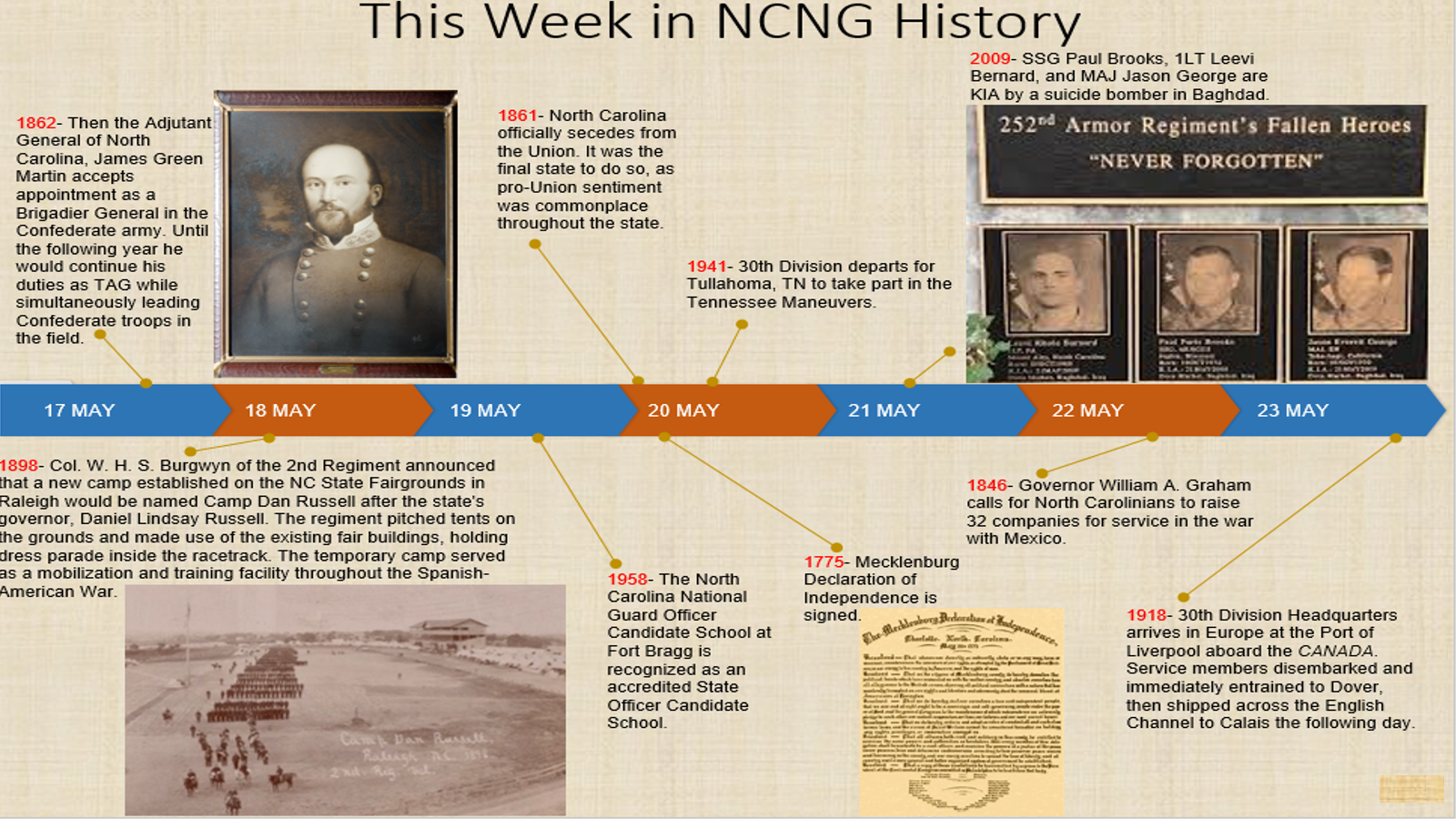 1908
Washington, DC – Congress passes the “Second Dick Act,” one of a series of laws enacted between 1903 and 1916 that completely restructured the old “militia” into the modern “National Guard.” This law requires the federal government to call forth the Guard in case of emergency before accepting any volunteers for military service. It also removed the previous nine month limitation on militia service, and stated that such service could take place “either within or without of the territory of the United States.” This last aspect of the law was critical, because it appeared to remove a major objection the Army had regarding the militia: inability to employ the militia outside of the U.S. borders. However, less than four years later this aspect of the law was overturned when the Judge Advocate General of the Army and the Attorney General of the United States both opined that employing militia outside the boundaries of the country violated the Constitution, which limited Congress’ power to call forth the militia to only three purposes: “to execute the Laws of the Union, suppress Insurrections and repel Invasions.” It was only after World War I, when the entire National Guard had to be “drafted” into the Army as a quick and dirty way of getting the troops deployed to Europe, that the Congress in 1933 finally passed a new law giving every Guard member “dual status” in both the militia and as a federal reserve of the Army. In the latter capacity Guardsmen could be deployed overseas.