By all accounts, the new secretary of the Army, Christine Wormuth, was supposed to have a smooth, eventless confirmation.

The snag? Sen. Kevin Cramer, R-N.D., held true to his promise to hold up Wormuth’s nomination until an Army major’s pay issues were fixed.

“I have a soldier I know who has been over in Africa for 10 months and not receiving his appropriate pay for active duty,” Cramer told reporters Thursday afternoon.

The affected soldier, who is in a family of four, has been underpaid by more than $50,000, according to Cramer.

“It was never about [Wormuth],” he added. “It’s about the Army and this very archaic [human resources] system that doesn’t pay people.”

The training at the rapids of the Roanoke River simulated swift water rescue missions.

Before mission, NCNG Aviators and civilian aviation staff swarmed over the 64-foot-long twin engine UH-60 Black Hawk helicopter preparing it for water rescue. Seats and doors are prepped to allow for civilian first responders to be lowered by hoist.

The NCNG crew chief briefed the teams of civilian first responders on safety and each person’s responsibilities during the mission. The teams then board the helicopter and lift off from the improvised airfield, a small park’s athletic field next to the river.

Pilots and aircrew look out the windows for a fellow first responder in the river needing rescue. 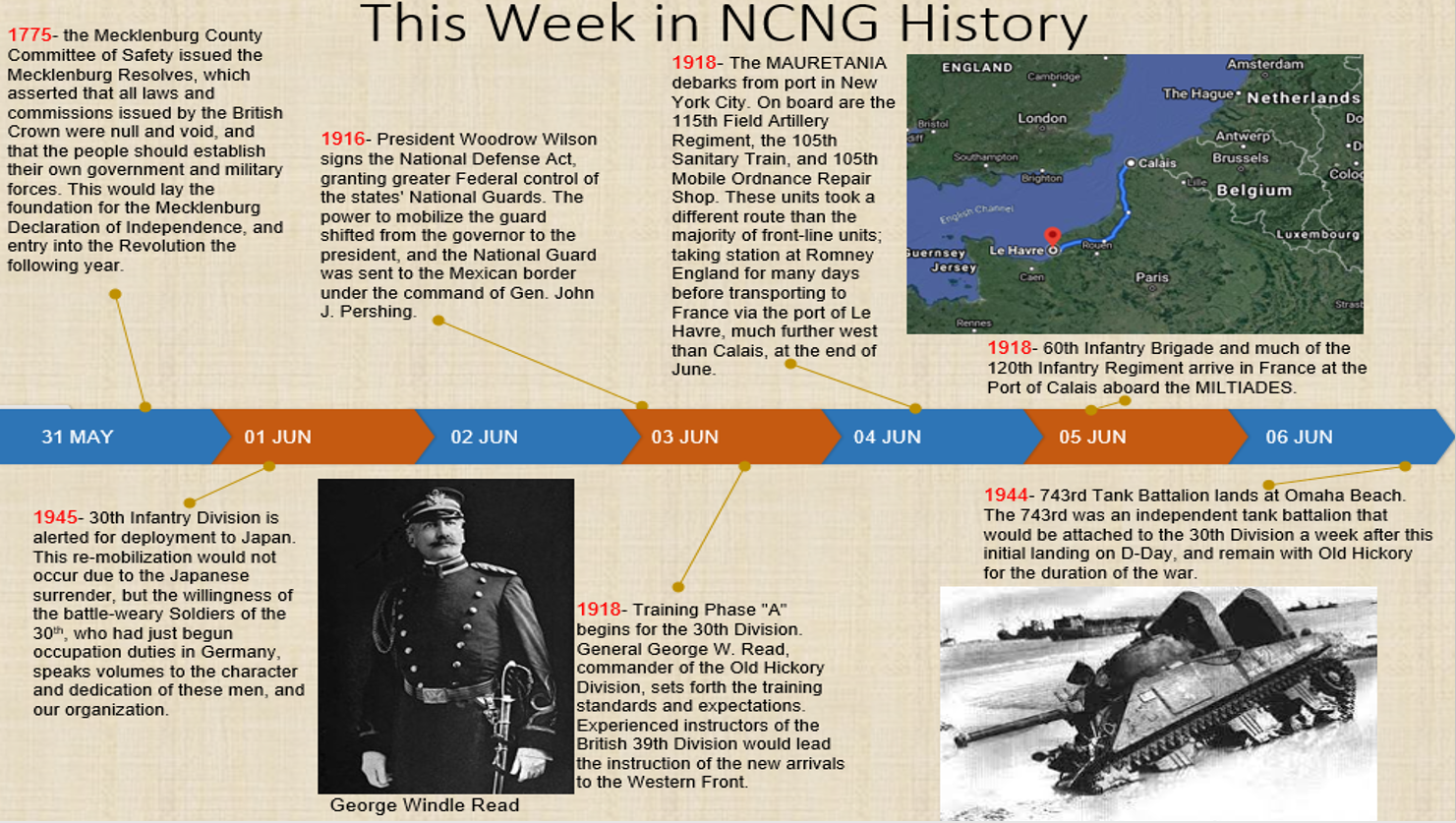 1713
Hancock’s Fort, NC – South Carolina’s Colonel John Barnwell, commanding a combined white militia and friendly Indian force numbering about 300 men, again besieges this main encampment of the hostile Tuscarora Indians. The Tuscarora’s had launched a surprise attacks in September 1711, killing about 130 colonists, prompting North Carolina to ask Virginia and South Carolina for help. Barnwell’s army was composed mostly of South Carolina militia. He had besieged the hostiles’ fort in March but agreed to a truce after the Indians began torturing their captives within earshot of the militia. The Tuscarora failed to honor part of their agreement. Barnwell maintained the siege for ten days, finally forcing the Indians to surrender. All captives were freed and other conditions were met bringing the Tuscarora War to close.