ARABI, La. (AP) — A tornado flipped cars, ripped off rooftops and deposited a house in the middle of a street in the New Orleans area, part of a storm front that caused damage in places as it blew from Texas to South Carolina. Two deaths were attributed to the weather.

Other tornadoes spawned by the same storm system had hit parts of Texas and Oklahoma on Monday, killing a woman north of Dallas and causing multiple injuries and widespread damage, before moving eastward.

The National Weather Service confirmed that tornadoes touched down Tuesday night in St. Bernard Parish, which borders New Orleans to the southeast, and in Lacombe, across Lake Pontchartrain from the city. Parish officials gave no details on how the person died; they said multiple other people were injured.

North Carolina is the latest state to formally establish its own cybersecurity task force, centered on protecting the state’s information technology networks and critical infrastructure.

The task force, which was formed in 2018 but officially launched on March 16 by an executive order from Gov. Roy Cooper, includes representatives from the North Carolina Department of Information Technology (NCDIT), Department of Emergency Management, National Guard and the Local Government Information Systems Association Cybersecurity Strike Team.

The task force helps state and local agencies with incident coordination, resource support and technical assistance. In the executive order, the state’s public and private sector Critical Infrastructure and Key Resources departments are asked to work with the members of the task force to identify vulnerabilities in their systems and report significant cybersecurity incidents.

The measures will allow NCDIT and the other members to shore up systems at risk, limit the impact of future threats and give state officials a more realistic picture of what types of incidents they will likely face in the future, State Chief Information Officer and NCDIT Secretary James A. Weaver said.

In his announcement, Gov. Cooper stressed the need for a reassessment of the threat landscape in light of rising cybersecurity attacks in the wake of Russia’s invasion of Ukraine.

“It’s more important than ever for us to work together proactively to prevent these crimes and respond quickly when they occur and this Task Force is helping us do that,” Cooper said. 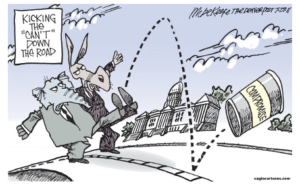 There is an ubiquitous phrase in American Politics that seems to be ever-present here in Washington D.C and on Capitol Hill. That phrase is “Kick the can down the road.” For many years, Congress has struggled to pass bills that provide approval for fiscal expenditures, known as Appropriations Bills, in a timely fashion.

Typically, there are 12 separate Appropriations bills that Congress creates each year; however, out of these bills, there really are only two that are germane to DoD. The first bill is called Defense Appropriations and the second is called the Military Construction and Veterans Affairs Appropriation. The appropriation bills are critical pieces of legislation because they provide the funding needed for DoD to conduct business as well as the funding needed for military construction projects or facilities. Unfortunately, for the last several years, Congress has been unable to complete the Appropriation bills in a timely manner which has forced them to pass a Continuing Resolution (CR) that enables federal agencies, to include DoD, to continue to function but limits them to the funding levels from the prior year.

The table above highlights how Congress continues to “Kick the can down the road” when it comes to the FY 2022 Appropriations Bills. The constant passage of Continuing Resolutions and the inability of Congress to pass the 2022 Appropriation bills will cause an adverse effect on the National Guard Community.

Presently, Congress is trying to move forward in an effort to complete the FY 2022 Appropriations bill. However, since we are already more than five months into Fiscal Year 2022, it is likely that Congress will try and complete what is known as an Omnibus Bill, which means instead of building 12 separate Appropriations bills, they will combine it all into one large package.

However, if Congress is unable to work across the aisle and in a bipartisan way between the majority and minority parties, it is very possible that Congress will continue to “Kick the can down the road” once again and will be forced to pass another Continuing Resolution before the March 11th deadline.

Unfortunately, no one has a crystal ball and can say for certain what will happen with the FY 2022 Appropriations Bill. What we do know is that Congress continues to struggle to find common ground and pass Appropriations bills in a timely manner. Eventually, Congress must stop ‘Kicking the can down the road” and do the job that they were elected to do.

Another important topic that EANGUS is actively working on here in Washington D.C. is GI Bill parity for National Guard and Reserve Servicemembers. On January 12, 2022, the US House of Representatives passed H.R. 1836, Guard and Reserve GI Bill Parity Act of 2021. This legislation would adjust the type of service that entitles a member of the Armed Forces, Reserves, or National Guard to GI Bill eligibility. Under the bill, service by a reservist or National Guard member that is entitled to pay counts toward benefits eligibility. Such service includes training, active military service, inactive training, and general duty for which basic pay is warranted.

Currently, the US Senate is working on their version of this legislation S. 2644, GRAD VA Educational Assistance Parity Act of 2021.

EANGUS is actively working with the Senate so that when the bills are negotiated between the House and the Senate that they keep the best parts of each bill intact. Specifically, EANGUS would like them to include accrual time for Inactive Duty Training (IDT) (Drill Weekends) as qualifying time that is listed in the house bill and would like them to also include the immediate effective date once the legislation is approved that is listed in the Senate version.

We are optimistic the House and Senate can come to a bipartisan agreement on these two pieces of legislation and provide what will be the most consequential change to the post 9-11 GI Bill, specifically for the Reserve Component, since the inception of the program.

Eligibility + Submission Requirements
* Open to children in grades K-12
* All submissions must reference life as a military-connected child
* Only original work will be accepted (no copies of artwork/song/video)
* All submissions should be titled Creative writing, poetry, or prose (Not exceed 500 words)
* The branch of armed services being artistically represented must be identified

All submissions must be submitted by:
EMAIL: Callforthearts@militarychild.org
OR mailed to:
Call for the Arts
Military Child Education Coalition
909 Mountain Lion Circle
Harker Heights, TX 76548 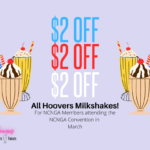 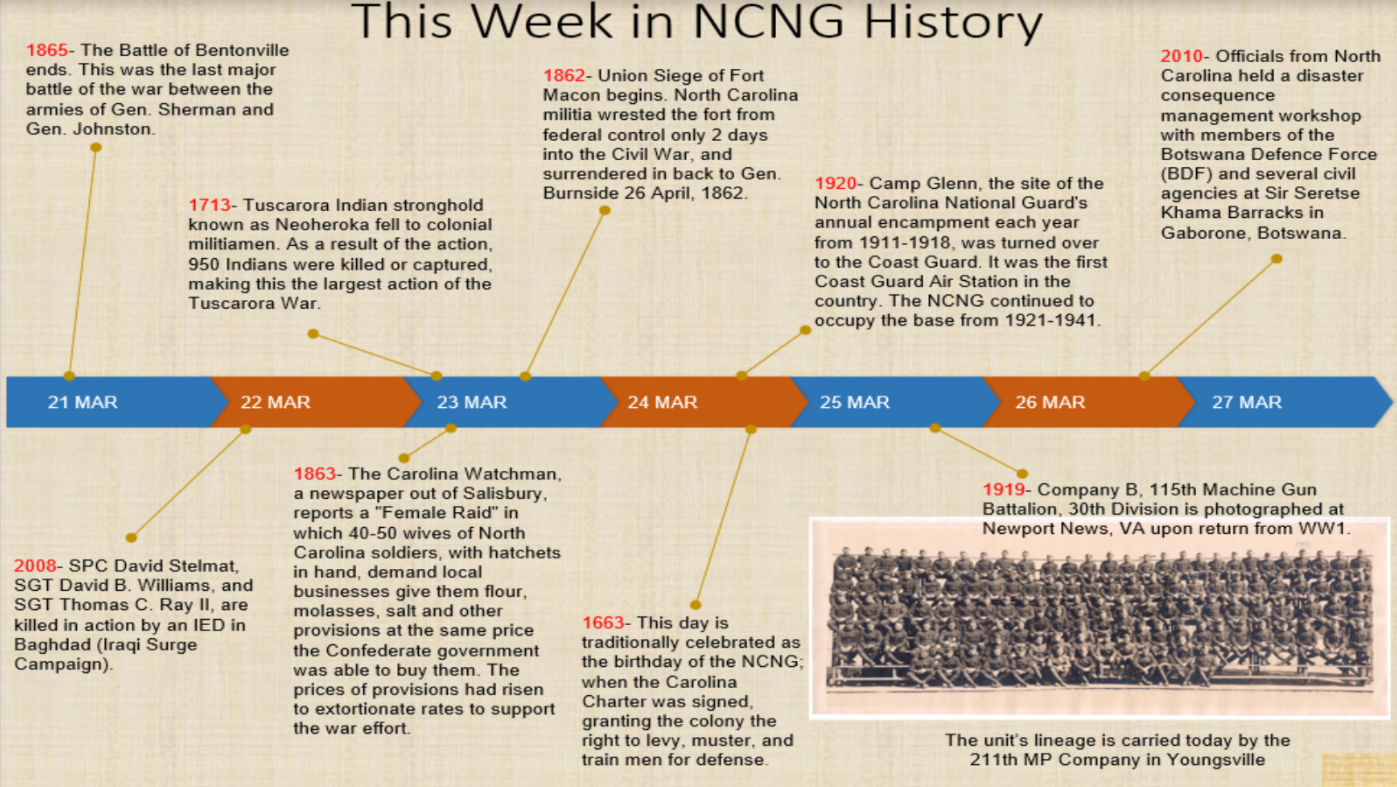 March 23, 1862
Kernstown, Virginia – Confederate forces attacking under the command of General Thomas “Stonewall” Jackson are repelled by a Union army in this central Shenandoah Valley battle. This will be Jackson’s only defeat as he goes on the offensive up and down the Valley in the coming spring. He repeatedly defeats larger federal armies, with his troops often showing up unexpectedly. Nicknamed “Jackson’s Foot Cavalry” his army, composed mostly of Virginia regiments drawn from the Valley, make rapid forced marches thought impossible by their opponents. Jackson, a West Point graduate, was a professor at the Virginia Military Institute, with the rank of major when the war broke out in 1861. The heritage of these units is today carried by the 116th Infantry (VA), the “Stonewall Brigade”, 29th Infantry Division (Light).