The Wall That Heals is coming to Garner’s Lake Benson Park on March 31 – April 3, 2022. The exhibit, hosted by Show N Tell Ministries and the Town of Garner, is the preeminent traveling replica of the Vietnam Veterans Memorial.
For more information visit: https://thewallthathealsgarnernc.org/visit/

Rob Main (North Carolina Department of Information Technology)
“Having the formal recognition is extremely valuable to the task force as there are opportunities to broaden awareness of what capabilities it brings to bear,” Main said. 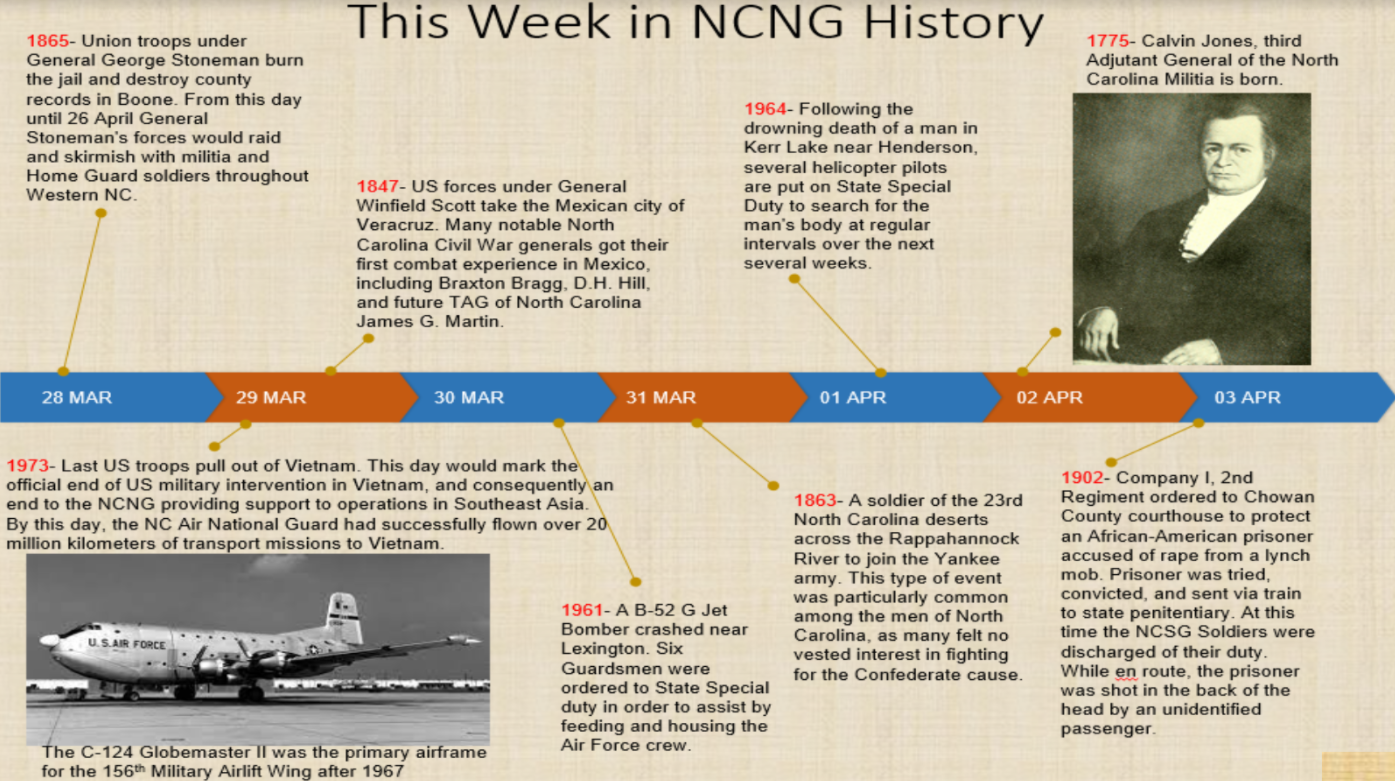 1918
Bordeaux, Dijon, St. Nazaire, France – Infantry and machine gun units of the 32nd Division (MI, WI) are ordered to reassemble from their different training areas to the vicinity of La Chapelle-sous-Rougemont. Once the division is reorganized it moves to the front lines just north of the Swiss border near Belfort. Here in early June it experienced its first combat. By war’s end the division earned five campaign streamers. One of its regiments, Wisconsin’s 128th Infantry, gained such a reputation for spirited attacks that the French give it the nickname “Les Terribles” (The Terrible Ones), which the unit proudly carries today.