“Your actions have made a lasting and permanent contribution to the history and legacy of the regiment,” Lt. Col. Paul Hollenack told the unit. “You got the honor of being the first unit from the battalion to fire in combat since World War II.”

From October 2018 to July 2019 the unit supported armed and special forces in Iraq and Syria and trained allied host nation militaries in Kuwait and Qatar.

“As a National Guardsman, you don’t always expect to be able to go on a deployment like this and actually do your job. A lot of times you get placed in other roles or in supplementary roles,” Sgt. Isaac Osborne said of his time deployed. “So it was very rewarding to be able to go overseas and do my job that I enlisted to do.”

The Air Force command that oversees logistics for global flights is working to digitize data to enable more modern maintenance tracking of its aircraft.

The Air Mobility Command will work with Xage, a cybersecurity company specializing in zero-trust architecture, through a contract awarded by the Air Force Research Lab. The work will focus on digitizing secure data sharing of repair information in “flightline operations,” the work done on aircraft to prepare for takeoff.

The work builds off an initial contract Xage won with the Space Force to secure data and communications coming from satellites using the same kind of zero-trust principles where no users, even known users, are given trust” to move freely around a network.

“The maintenance operations on the flightline traditionally have been pretty manual and pretty paper-based,” Xage CEO Duncan Greatwood told FedScoop in an interview. Xage will work to change that and ensure the new digital means of data sharing through its Xage Fabric product will be secure.

“Mission-critical aircraft require unparalleled cybersecurity to ensure the safety of pilots and mission success. By leveraging zero-trust principles, our Xage Fabric will guarantee the authenticity, confidentiality, and integrity of data across the flightline of the future,” Greatwood said.

The military has many hazardous jobs, and the men and women in these positions qualify for special incentive pay. According to DoDI 1340.09, Hazard Pay Program states, “HDIP provides a monetary incentive to servicemembers who volunteer to perform a duty designated as hazardous, based upon the inherent dangers of the duty and risks of physical injury.” Members of the military who volunteer for these precarious positions include pilots, SEALs, divers, parachutists, and more. The Navy offers special pay for being onboard submarines and working with nuclear energy plants. Jobs that qualify for hazardous duty are deemed more dangerous than others.

To compensate U.S. servicemembers assigned these high-risk duties, the Armed Forces allow for a special payment that starts at $150 per month, known as Hazardous Duty Incentive Pay.

EANGUS is urging the 117th Congress to ensure National Guard servicemembers receive equal Hazardous Duty Incentive Pay (HDIP) at the same rate as their active-duty counterparts because they are required to meet the same monthly standards for performance of duty (Title 37 U.S.C § 301)

Operation VetCare was established in 2017 by EANGUS as a program designed to assist Military Service Members, Veterans, and their families who faced special issues or challenges associated with military service. This program has continued to grow over the last several years. Assistance provided through this program may vary based on the limited funds available but may assist by providing support in the form of gift cards for food, clothing, and other necessary items during a service-related crisis. Through this program, EANGUS has been able to assist hundreds of people during a time of significant need. Click button for more information on how to can support this initiative through donations or to request assistance. 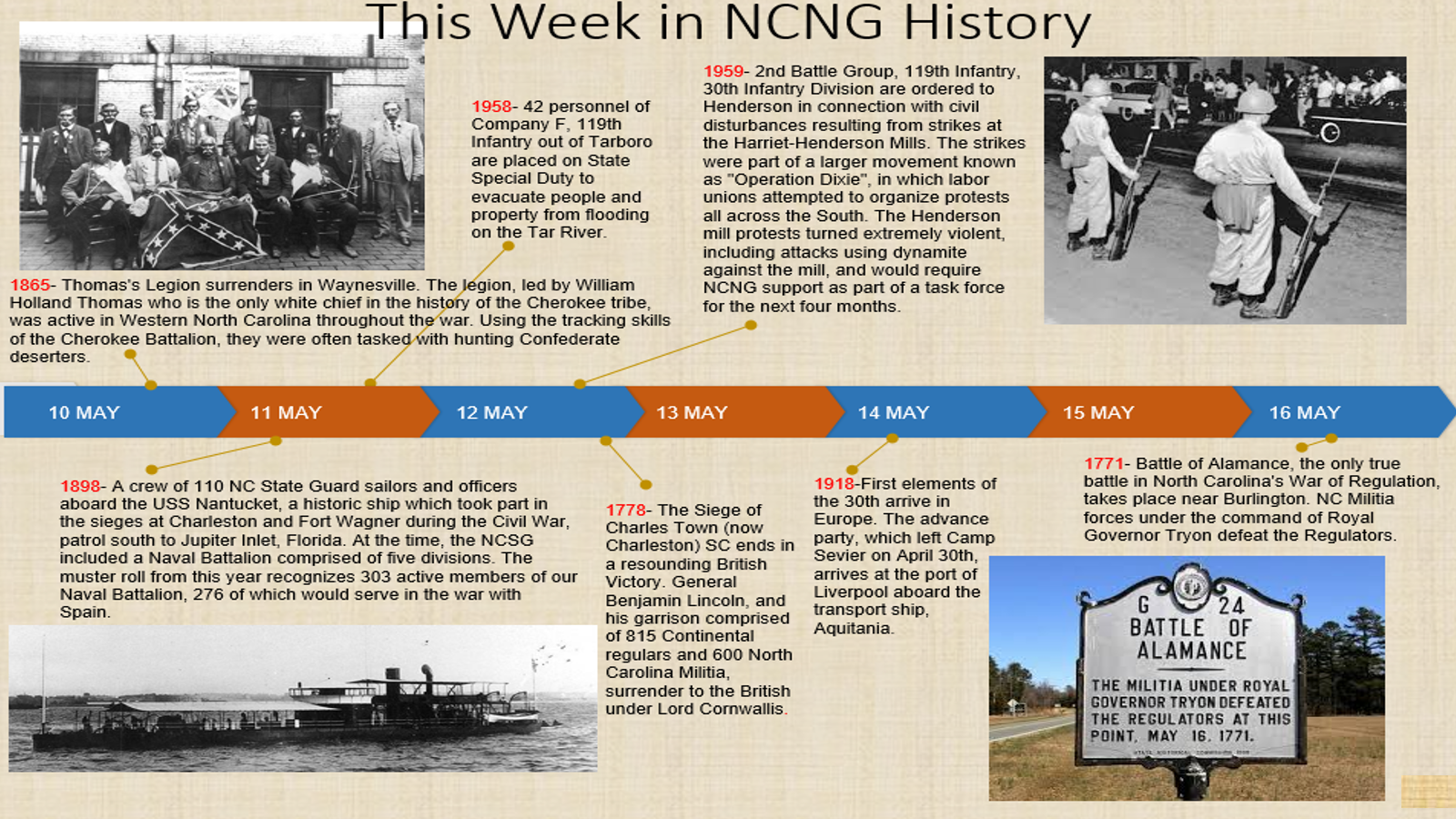 1861
Fort Barrances, FL – Members of the 5th Louisiana Volunteer Infantry, take up garrison duties in this fort protecting the entrance to Pensacola Bay. In the early days of the Civil War, men in some southern units objected to being stationed outside of their home states (recall for most of the South the war was mostly over “state rights,” not slavery). Some of the men in this regiment questioned why they had to protect a part of Florida when areas of Louisiana remained vulnerable to Union Navy attack. However, it soon became apparent that if the Confederacy was to have any chance to survive as a separate nation it needed a unified army, regardless of state affiliation. The unit remained here until May 1862 when Union forces captured Pensacola Bay. The 5th Louisiana later joined the Army of Northern Virginia and fought at Antietam in September 1862 and in the Shenandoah Valley campaign of 1864. A few members (“less than 80”) were among the men surrendered at Appomattox in April 1865.